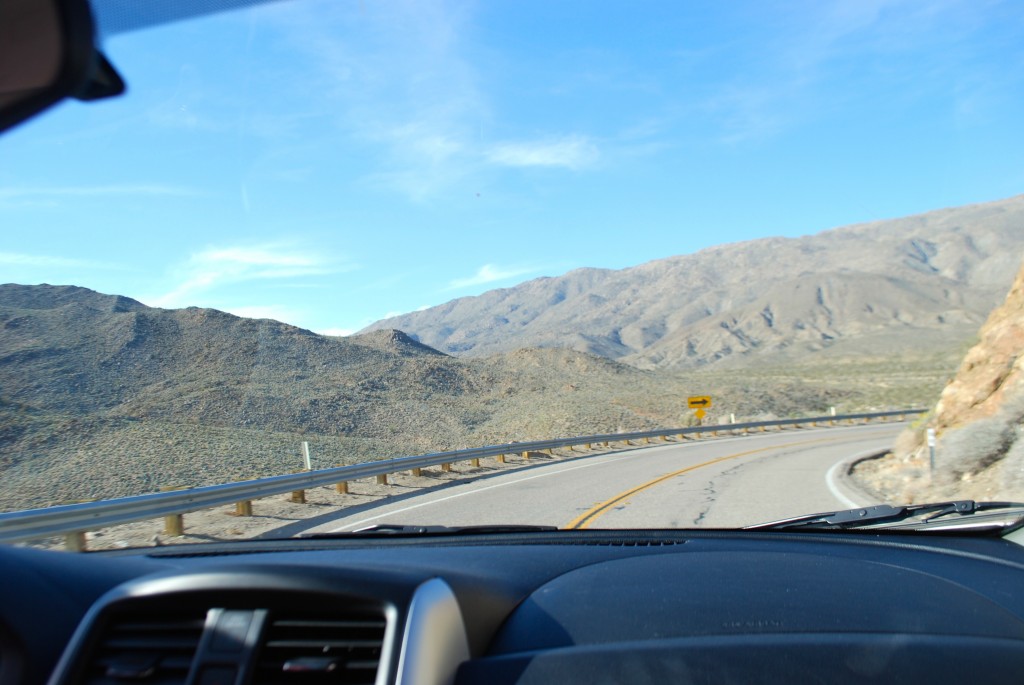 We got our first glimpse of Anza Borrego winding down the steep 7-mile grade of Banner Pass that takes you from the mountains to the desert floor. The blooming desert lilacs shed a light blue hue over the surrounding hillsides as we descended. It was the middle of March, the time when wildflowers create fields of color at the base of the mountains,

and grab your attention as you hike in the many canyons on a quest to see the desert in bloom.

Arriving in the late afternoon, we took a swim in the hotel pool and ate an early dinner on the veranda. The fronds on the tops of the tall palms rustled in the breeze that 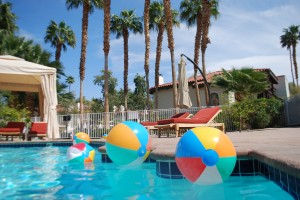 One of five refreshing pools at La Casa Del Zorro

cools the hot daytime temperatures of the desert. There are few pleasures lovelier than sitting in that breeze with a cold drink at the end of a long, hot, arid day.

When I told my friends we were going to the Anza Borrego Desert for spring break, no one knew where that was. Not surprising for Northeasterners. After all, it lies east of San Diego and is part of the Senora desert ecosystem, all the way across the country and an hour or 2 away from a major airport. 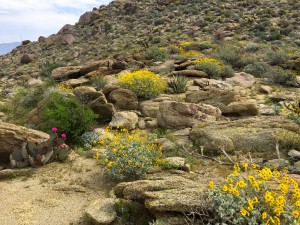 I visited the place a couple times in college and wanted to share it with my partner who was born in Oxford, England and loves the sense of space not possible on a small island; only a large continent offers that. And a desert is full of space—especially this one. It’s big sky country too. Borrego Springs is one of only 9 international “dark sky” communities. The lights are muted and low and the effect is dramatic; at night the sky is alight with constellations.

Hiking on the many trails in this expansive 600,000 acres protected area reveals vast landscapes and stunning vistas. It is the second largest state park in the “lower 48.” (The 6 million arches of “forever wild” forest in Adirondack State Park makes it the largest publically protected area in the contiguous United States.)

A moment of Zen as hikers listen to the chattering desert wrens and the traveling waters of Big Spring in a desert Oasis.

But the experience of Anza Borrego is truly unique; an area called a desert, yet so full of life. 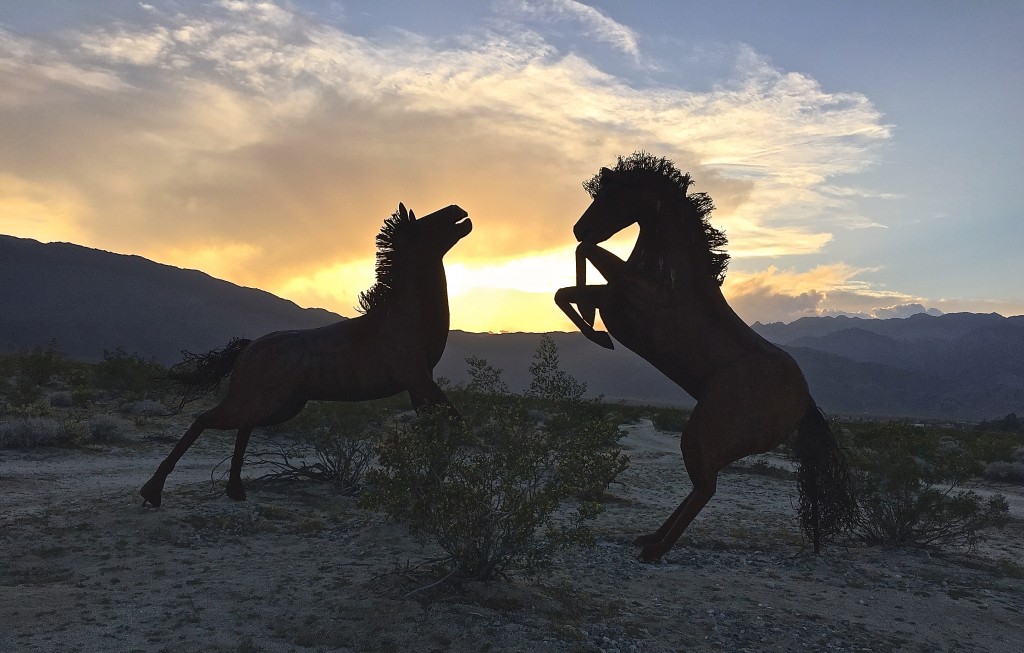 Though they look real, these  horses are just some of the many fanciful animal sculptures by artist Ricardo Breceda in Galleta Meadows. His work turns Borrego Springs into a magical landscape. 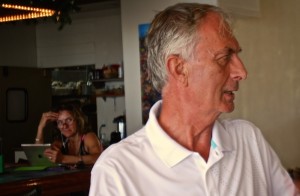 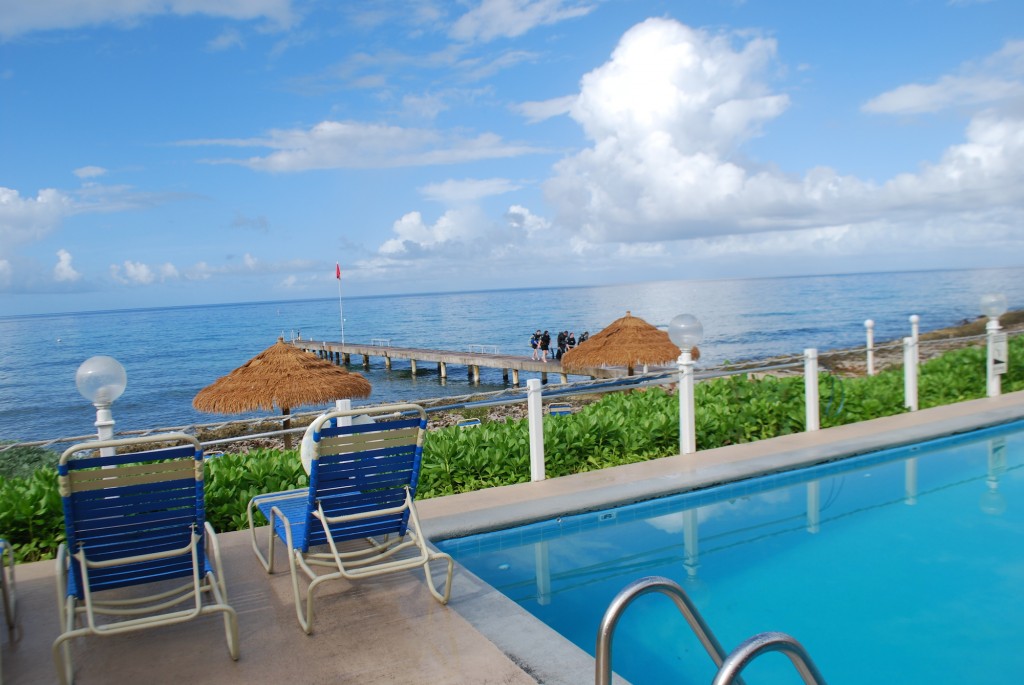 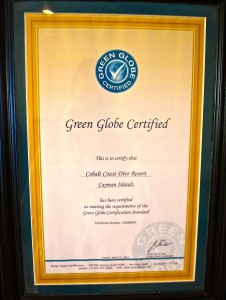 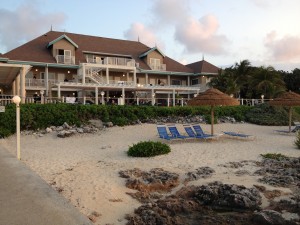 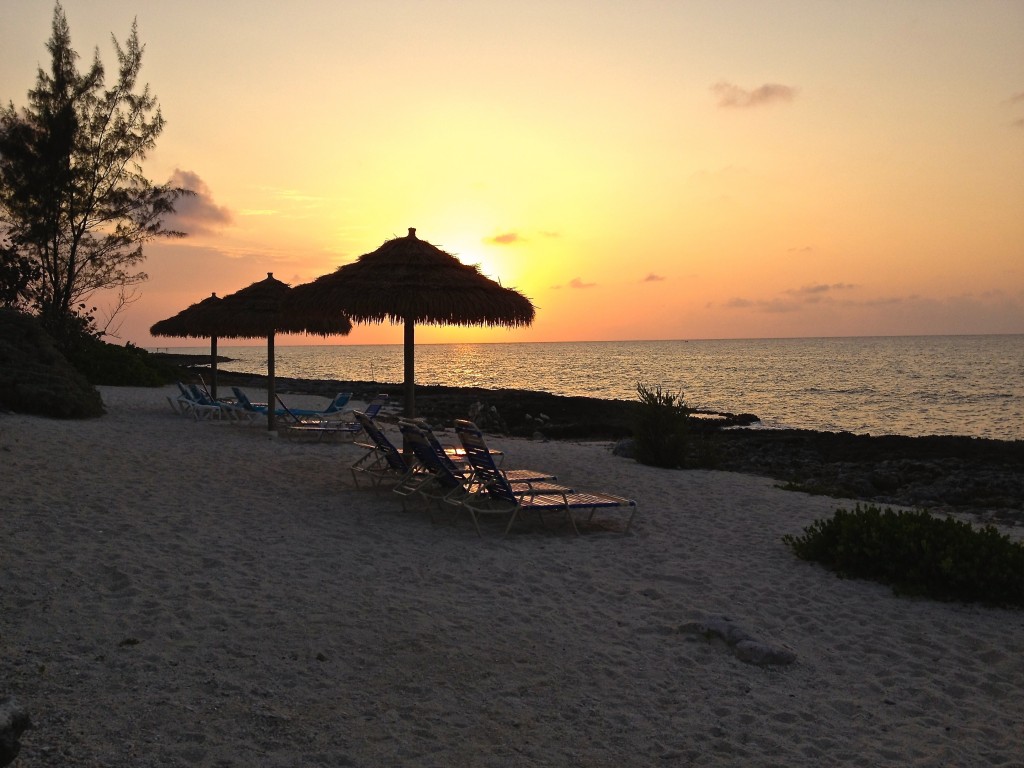