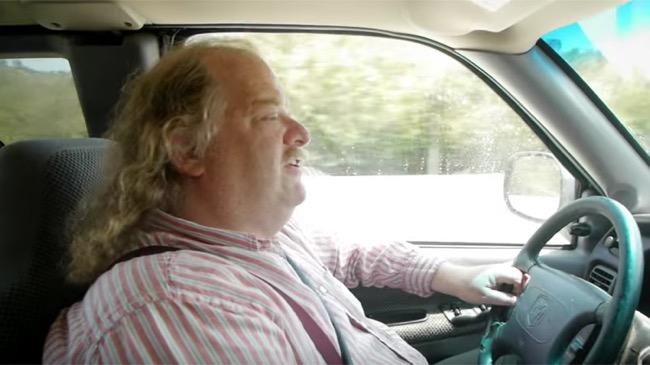 In City of Gold we ride in the cab alongside Jonathan Gold as he cruises LA avenues pointing out small community cafés, strip-mall hideaways and taco trucks. The film is a splash of colorful plates we drink in with our eyes, it’s an audio mix of eighteenth century opera (Gold was trained as a classical cellist) and punk rock, it’s a sidewalk that shimmers in evening light where he parks his truck and climbs out to peer into a food wagon. We see kitchens big and small, some with woks ablaze, others with tattooed chefs serving up lamb bites, and toward the end of the film, even a hot dog off a grill in South LA. We watch him eat, sometimes alone, sometimes in the company of food writers, editors and novelists. We see him from the inside, from the point of view of the cook who takes his order, we see him sit at his dinning room table and watch his fingers meander aimlessly over a computer’s keyboard with an empty screen, we see books piled up on each stair all the way to the second floor of his modest LA home. The film tells the behind-the-scenes story of the cultural food mosaic hidden under LA’s bright sun, of the kitchens where immigrants carry out the full power of their culinary creativity, of the back-story of Jonathan Gold’s food writing as he procrastinates (though he publishes 150,000 words a year) by reading a book or two before he starts. It’s a film whose main purpose is to shine a very bright light on the power of the word. 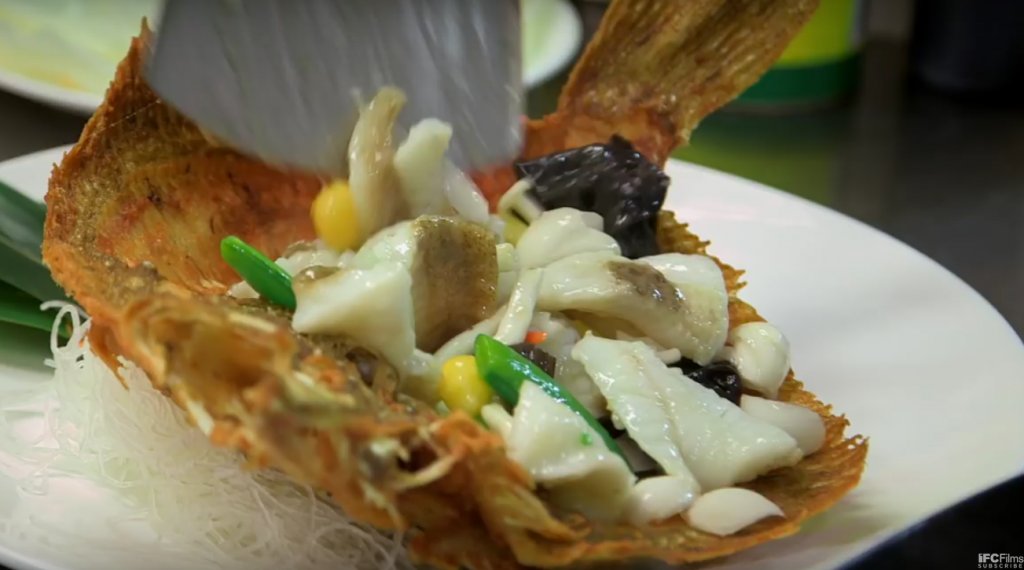 His words translate the cultural meanings of food, they map LA neighborhoods and their histories, they describe the dance of diversity that allows readers (and now, viewers) to see LA in an entirely different light, even though this documentary also grounds itself at one point under the huge white Hollywood sign on the hillside. While it illuminates the brilliance that won Gold the first Pulitzer Prize for food writing in 2007, City of Gold captures the tastes of LA so vividly you can almost smell them. It’s a full sensory experience. 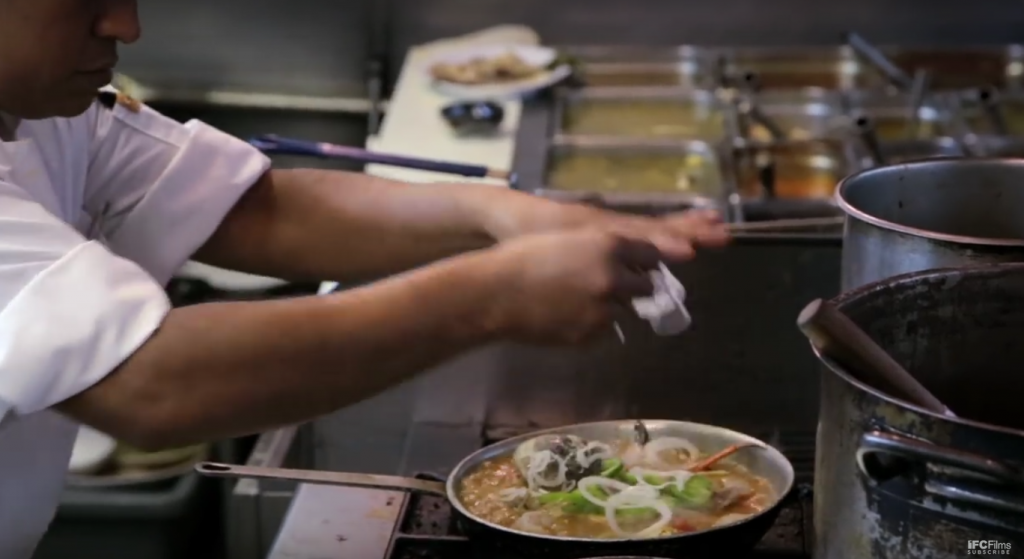 In a film as much about Gold as the LA Food scene, the narratives converge with great uplift at times. A review by Gold can rescue a small eatery from financial disaster, such as the Ethiopian restaurant Meals by Genet whose clientele fell off disastrously after 9/11. One review by Gold and it thrived. (But viewers are left to wonder about negative reviews.)

Gold’s environmentalists brother Mark, finally convinces him to help save endangered sharks. When he does, California passes legislation banning their sale. This is the text shown highlighted on the screen;

But as much as you may love conpoy, dried flotation bladders, crab eggs, braised fish cheeks and the other esoterica of Cantonese seafood cooking, it is hard to work up an appetite for the bitter taste of extinction.

In a year when Hollywood lost itself in glaring whiteness, City of Gold explodes with tastes and color and an unlikely hero who writes it all down.