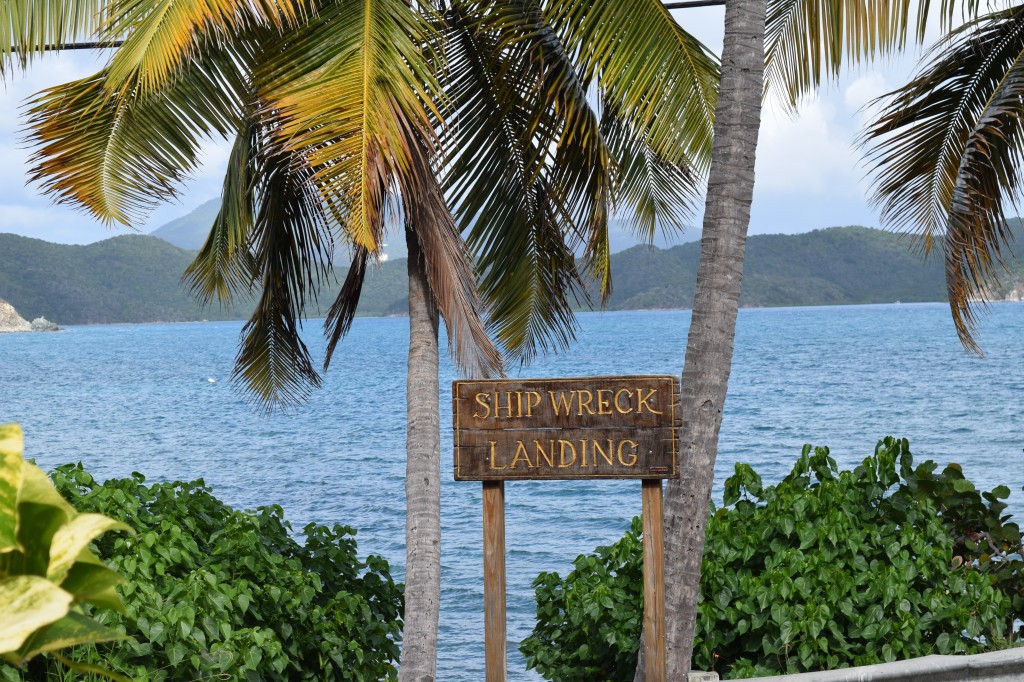 By the time The Virgin Island’s Daily News carried the front-page story from the New York Times listing Coral Bay in St. John no. 4 on its 52 places to go in 2016, we had already discovered the magic of the place. We were here to get far, far away, and very close to the sounds, smells and feel of a small Caribbean island. So we booked into a cliff-side eco-resort with screened tents, low lights, solar showers and unimpaired ocean vistas.

After a flight from New York and a journey across 2 islands, we arrived at Concordia at dinnertime with grumbling stomachs and big appetites. Hot sun and sea breezes hit us on the deck of the ferry from St. Thomas to St. John. From Cruz Bay the open-air, Soca-blasting taxi hugged steep cliffs along the coast road—at times the wide truck body occupying both lanes of the narrow mountain switchbacks. When o 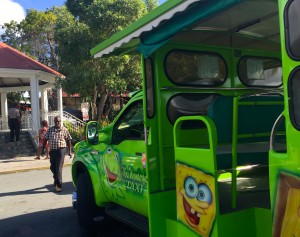 ur rolling adventure descended back down to sea level, views of the perfect Coral Bay crescent shimmered in the sunlight. Back up the hill we continued on to the eastern reaches of the island.

After checking in at Concordia and leaving bags in our eco-tent—all the while marveling at the stunning seascapes from seemingly every point on the property—we headed straight for food.

By some cosmic good fortune it was Monday night at Cafe Concordia; open mic night—misnamed because the local musician who host the night, John “Johnny B” Bullock and Lauren Magnee, are anything but amateurs. They play here with lots of friends once a week and are so accomplished they effortlessly jam with musical guests visiting the island. 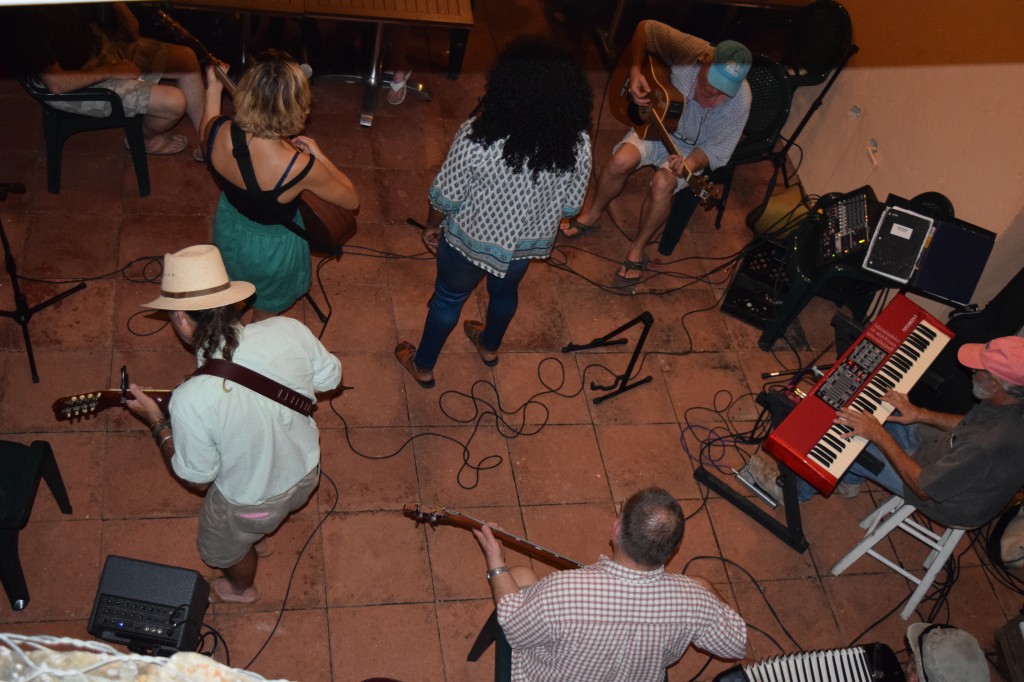 We settled in at one of the high 2-tops that looked straight into the kitchen and perused menu offerings of appetizers and specialty cocktails, keeping an eye on the chef as happy hour segued into dinner against the rhythms of rock and soul. The chef’s name was Treva, and he moved in the kitchen with unruffled confidence, managing sauté pans on open flames, pulling roasted fare out of the oven, and ladling generous portions of rice from a 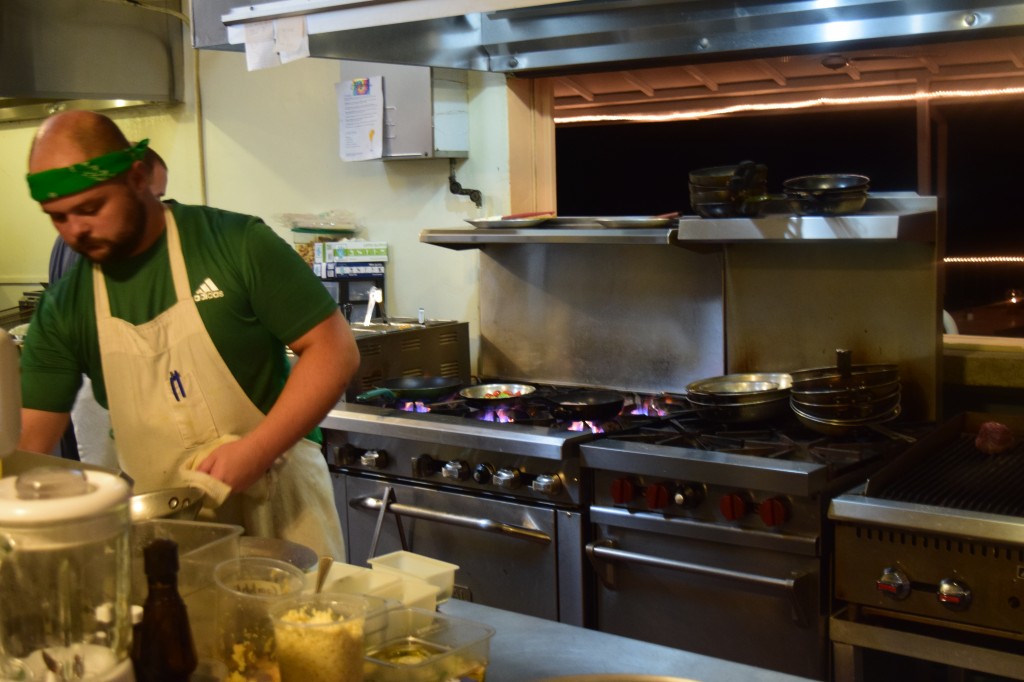 huge pot. The low sun cast long rays of light across Salt Pond Bay, through the dining room, and straight into the kitchen. Treva hit the bell for each dish in sunglasses. Without them the old-fashioned paper tickets would have been back lit and unreadable.

So good was the food and varied the offerings, I was eager to find out more about the café and the people who created this extraordinary delight in a remote corner of the Caribbean. I got a sense of it when Joe Feraco the manager, ended the evening by thanking each of the staff by name. They worked together as a team, that much was clear. And Joe was not a stand-around kind of guy; he bused tables and worked the floor every night we were there, taking a seat only after most of the guests had walked off into the star-filled night. 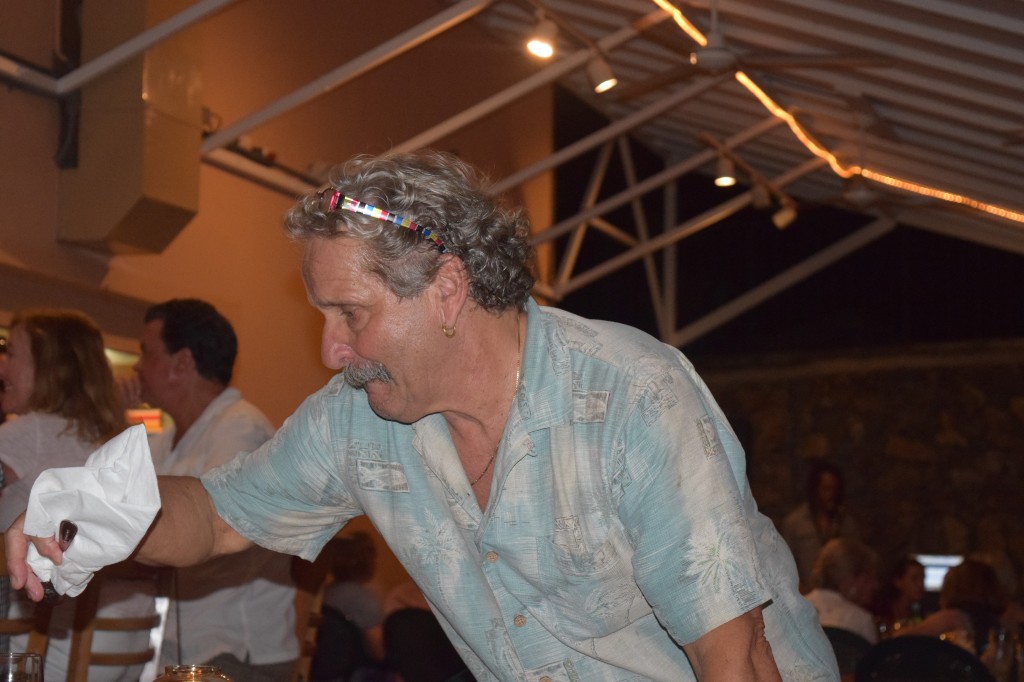 Everything about this place was as surprising and extraordinary as the musicians and the food.

When I got a few minutes to chat with Treva, he told me he was cooking for roughnecks on an oil platform in the Gulf of Mexico when he got a call from his friend Kim, who organizes Concordia’s daytime food and beverage. She told him Joe was looking for a new chef.

Treva’s first job in a restaurant was washing dishes. Then he moved on to waiting tables and ended up at Arnauds in NOLA setting Bananas Foster aflame. My guess is he would have stayed in the Crescent City, even with the steep competition for all positions food related, but as he said, “Katrina happened.” Migrating north like so many, he eventually ended up in the kitchen of the Chicago Marriott, where he learned from a talented team how to deliver massive amounts of specialty meals at break-neck speed. There he added sashimi to his growing culinary repertoire. 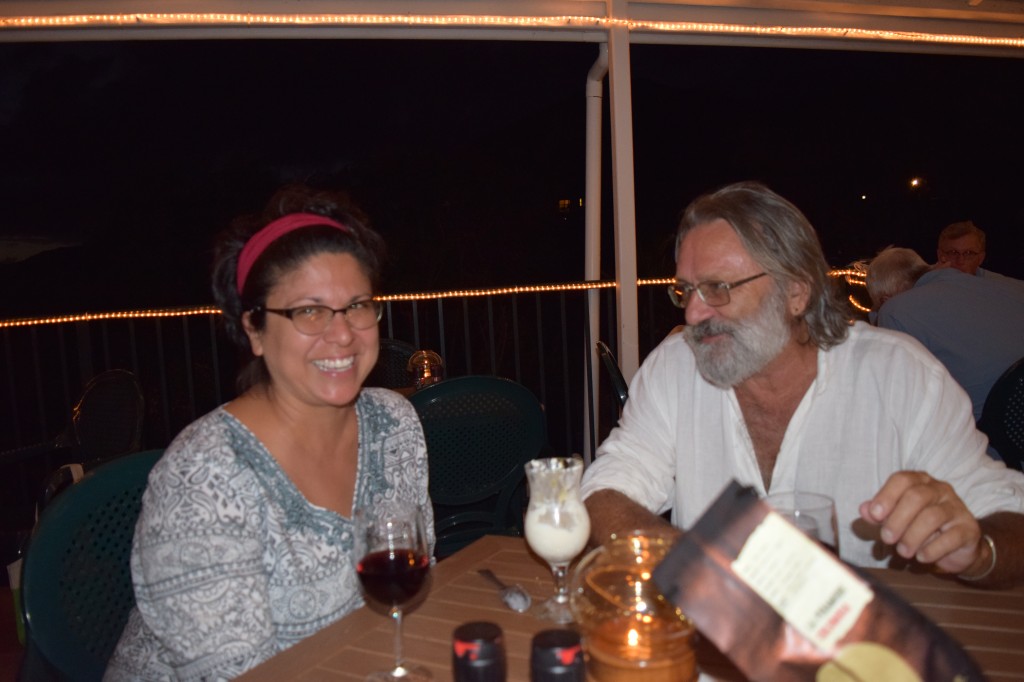 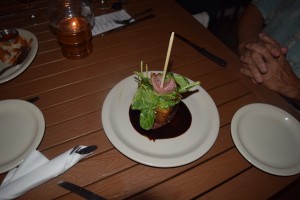 Watching Treva serve up Shrimp Creole, Po’boys, red beans, rice and Andouille sausage, I wondered how such southern classics came to share the menu with Tamarind Chicken Wings, Tempura Coconut Shrimp and Beef Tenderloin Tower with Potato Galette. Treva told me he came from the deep south, a Louisiana parish called Terrebonne – he spelled it for me. Googling it I saw what he meant. It’s a little outpost sitting on the edge of the gulf coast. His time in New Orleans 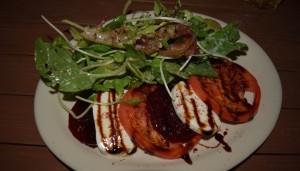 had been a later stop on his culinary journey—the tastes and smells of southern cuisine had left an early craving on his pallet.

There is much more to be said about the character and attitude of this island hideaway. And the rest of Concordia Eco-Resort is as creative, innovative and satisfying as the Café. I’ll tell you about all of it in future posts. 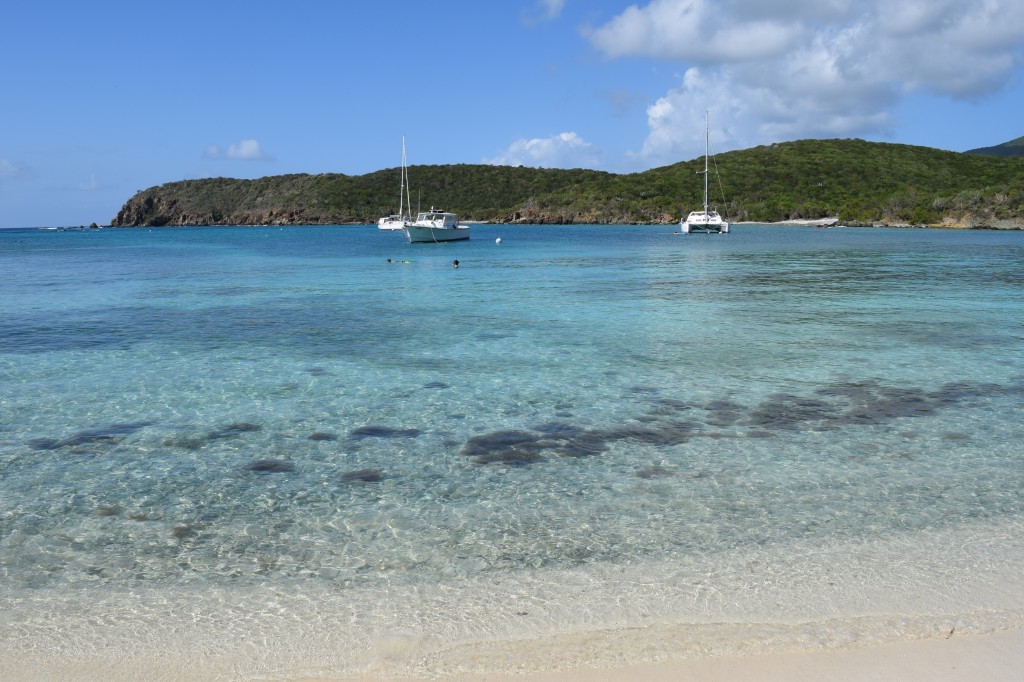 Salt Pond Bay is a short hike down the hill from Concordia Eco-Resort and is a wonderful place to swim!